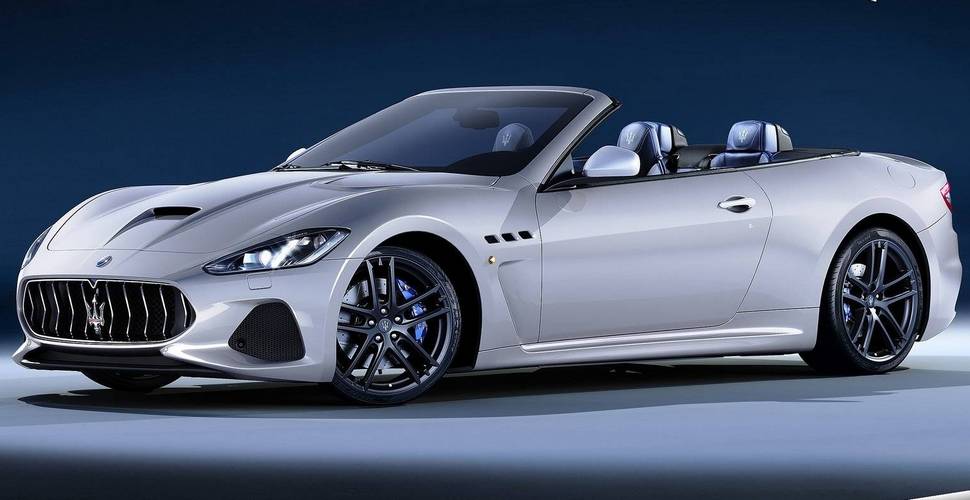 The GranCabrio is the convertible version of the well-known Maserati GranTurismo coupé from which it incorporates the mechanics, part of the interior and the design of the bodywork; officially presented at the Frankfurt Motor Show 2009 edition the GranCabrio is the first convertible car produced by the trident house thanks to the passenger compartment configured as a four-seater due to the presence of the rear seats.

Initially, the car was designed to adopt an electrically foldable metal roof in the trunk, a very popular solution among the Coupé-Cabriolet which, however, involves high production costs and a complete redesign of the rear that must accommodate the roof, but to avoid internal competition due to the cousin Ferrari California, the Modena technicians preferred to keep the classic solution of the lightweight multilayer canvas roof, foldable in 28 seconds up to the speed of 30 km / h, already used with the Maserati progenitor Spyder.

In the United States, the car is sold as a Maserati GranTurismo Convertible due to the term Cabrio which is not used on overseas markets. The production foreseen by the house is about 2,100 specimens per year.

The car is offered with the only petrol-powered aspirated 4.7-liter engine with eight-cylinder architecture arranged to form a 90 ° V and double camshaft with phase variator and four-valve distribution per cylinder.

The 4.7 V8 is the Ferrari F136, the same that we find under the hoods of the sisters Quattroporte, GranTurismo S and Alfa Romeo 8C Competizione.

The crankcase and the cylinder head are made of aluminum and silicon. It delivers a maximum power of 439 horsepower (323 kw) at 7,000 rpm for a maximum torque of 490 N · m at 4,750 rpm, the compression ratio is 11.25: 1. The injection is electronic while the lubrication is carried out with a wet sump.

The performances are significant with the shot from 0 to 100 km / h declared by the house is 5.3 seconds for a top speed of 283 km / h. Consumption and emissions are in the combined cycle on 5.6 kilometers per liter for 354 grams of carbon dioxide emitted per kilometer.

The gearbox is a new six-speed sequential automatic developed by the ZF which, in manual mode, ensures the possibility of shifting gear up to a high number of revolutions. The driver has four different modes including the Sport with reduced shift times that enhance the performance and driving pleasure of the GranCabrio.